‘Go for a walk and see how much food there isn’t….’ 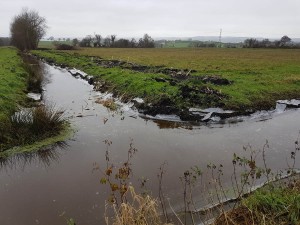 Imbolc at the beginning of February may have heralded the inexorable rise of Spring, but it was immediately followed by a spell of savage cold. Here in the Shire, we didn’t get much snow, which can provide an insulating blanket over the soil. Only endless days of constant icy wind. The broad beans may not have made it through!

The only vegetables ready to eat in the Resilience Garden now are the hardy leeks. I dug up the last of the parsnips and carrots just before the cold snap. Emerging slugs were nibbling at the exposed carrot tops, and the parsnips were thinking of growing leaves. This, of course, is why they lay down that valuable store of carbohydrates in their roots.

I’m proud of my self-seeding parsnips. It’s apparently very difficult to get them to do that. My struggle is to get them eaten! On my own I have small meals, and it’s not been possible to host roast dinners. Apart from potatoes, I just don’t eat a lot of root vegetables. I’ve learned to finely grate raw carrot into mayonnaise as a kind of coleslaw, which gets through them, but the unused parsnips troubled me.

My daughter provided me with a recipe which solved the problem:-

Chop a couple of medium, or one large parsnip into pieces and simmer till very soft. Drain and mash thoroughly. Stir in a couple of ounces of grated cheese, a teaspoon of made mustard and a little black pepper. Form into thin, flat round cakes on a floured plate and fry in shallow oil till golden brown on both sides.

The mix is quite soft, almost like drop scones (page 102), so get the oil quite hot before sliding the patties in. Turn with care and a good fish slice. They go very well with bacon and baked beans, or with any meal which involves gravy.

On the positive side, the long frost has nailed those emerging slugs, and it might be another bad year for molluscs. My raised beds are cleared and dug over, so the birds have had a good chance to raid the soil for other pests. 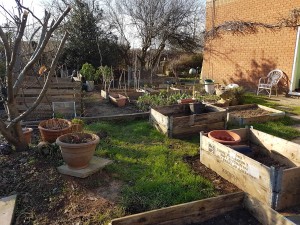 I’ve bought my seed potatoes, and a couple of asparagus roots to plant. The soil has to warm up a little more first. The onion sets should go in soon, perhaps this weekend if it stops raining! The autumn planting is doing well, though nothing like a crop yet. The allium family are a hardy lot. It’s not surprising that the first recorded recipe (Babylon 3000 BCE) was for onions!

Even so, you can’t live on onions alone. To survive in a Northern climate, you need to have mastered the art of storing food over the winter. The supermarket-to-dinner strategy adopted by many modern people is a potentially fatal regression.

Learn to survive in the 21st century with ‘The Handbook of Practical Resilience’ and ‘Recipes for Resilience’.